In this interview, RiA has been asking H.E Prof Ameenah Gurib-Fakim about:

Want to listen to the Live Interview? Click HERE

RiA (Q1): Thank you very much H.E Ameenah Gurib-Fakim. I’m Tony Tiyou for Renewables in Africa which is a Media platform but also a consultancy in the Clean Energy Space. We are here at the Africa Together Conference organised by Cambridge University and you were one of the keynote speakers. So I’ve listened very carefully to what you said today and the first thing that struck my mind and I was pleased to hear is the place of science why first of all because I’m an engineer and I strongly believe what science can bring to the continent and I wanted to hear from you what do you think should be the place of science into the sustainability agenda?

H.E AGF (A1) : Thank you very much for giving me this opportunity. I think the place of science or rather the centrality of science in solving Africa’s problems has really been captured when in 2015 the United Nations approved the 17 Sustainable Development Goals. For the first time in the history of UN, they have recognised that for transformation to happen especially for the African continent, the African continent must embrace Science and by Science of course I mean the wider Science, Technology, Innovation and through the 17 sustainable development Goals if we deliver on it, we shall see a much more prosperous Africa.

RiA (Q2): Ok, Thank you for saying that. You said at the same time then, there was an anti-sentiment against Science that you are seeing at the moment. Is it such an issue in the Western World or do you also see that in the experience of the African continent?

H.E AGF (A2): You know we are living and of course many people don’t realise it we are living in a highly interconnected World.  We find the World has now become for example a space where we are becoming you know..we all form part of the global supply chain and whatever policy is taken at one end but this anti-science sentiment unfortunately is coming from some of the leading powers in this World and they have impacted, they in the past impacted the history of Africa, the evolution of Africa evolution and having the anti-science sentiment is worrying for many reasons because if we keep on having this kind of reaction to science we must fail on the SDGs and yet we know that the future of Humanity will rest precisely if we are going to try to tackle Climate Change which present to us a very big existential of the history of the Humanity and this is man-made problem and we should  be able to solve with man-made solutions and Science will be central to this realisation.

RiA (Q3): Ok, that’s a very good point you are making there. I remember I had a conversation in the main room, we were talking about the brain drain for scientists ok there might not be enough African scientists but there are some, it’s not like there are none but a number of them are going to work for other countries, not that it is bad per se but not everybody can go otherwise nothing is happening in Africa. You were clearly saying that we as Africans need to create the infrastructure in place and I was actually curious to see if there was one or a couple of initiatives that you think can help bring or keep those talents in Africa?

H.E AGF (A3): Exactly as I said there are many more African doctors in United States there are many more scientists in Europe of African origins and these talents, the diaspora can help contribute to the evolution of the continent but what mechanisms do we put in place precisely to attract them? This is the thing we need to be worried about. You mentioned 2 initiatives I see that the health is one sector where the indicators for Africa are very good and to me this is reflective in a number of publications that are coming out of Africa where the majors issues Malaria, Aids, HIV are being tackled upfront. The second one which people may not know very much about but of course has been also a gamechanging project is the SKA project based out of South Africa and of course leveraging many African countries in the process and this SKA project to me is one where we are regenerating information because we tend to  be consumers of information not generating enough information. So for the first time, the African continent will be a player that will be generating this kind of data out of radio astronomic project.

RiA (Q4): Ok, that’s very good to know. I have to say I didn’t know about the SKA, I probably gonna be googling and finding more about that, thank you for bringing it into attention. Now if I refocus a little more about clean energy which is where our work seems to be applied a little bit more, is there anything knowledgeable per se that Africa can embrace and develop because from the consensus, many people have been saying that for the solar panels the technology per se doesn’t evolve that much and what is driving the costs down may be the economy of scale I was just curious to see and pick up your brain a little bit to see if there is a technology there that we could push and own from African standpoint?

H.E AGF (A4): Well you mentioned Economy of scale, Africa is already 1.2 billion people and you can compare it to a country like India, which is 1 country almost 1.2 billion people as well and if you are looking at the rural areas in India then there they are making a big dent in supplying energy to the poorest and this is done through Renewable Solar Energy and they have also found in terms of the metrics that it is cheaper to go down that road than to go down fossil fuels and we know whenever we talk about fossil fuels, we always have in the back of our mind climate change and greenhouse gas emissions. So there is already a model that is working and we are increasingly saying that we have the Sahara and previous calculus have shown that if we actually tap into solar energy into the Sahara we will be generating enough energy to supply to entire  European Union countries so the potential is there but again what is the political will or rather who is going to distill that political will to make it happen? So this where we need leadership and institutions to make it happen.

RiA (Q5): Ok, that’s great. Last couple of questions for you. So the first one is talking about the youth, that’s another point that you absolutely raised and I was actually wondering if there something, a message that you particularly want to address to the youth of Africa, especially young girls and women because I would like to say that we would like all our girls and daughters to become like you not that they can all become president or prime minister but it is a good aspiration to have, especially coming from a scientific background. Would you have a specific message for them?

H.E AGF (A5): Well I think Africa would not be able to fulfil her aspirations by leaving 52% of the population by the way side and we have a lot of potential for the African girl and we need to empower her with the tools of technology, the tools of science, propulse her self-confidence, and make sure that she become that entrepreneur and I insist on the word entrepreneur because we are talking about the young people, the younger generation and we know that there are 11 million graduates landing of the job market every year and here we are talking about University graduates but here we have to see to it that young people are fully engaged in jobs for them to become entrepreneurs so that they can become jobs creators as opposed to jobs seekers and when they become entrepreneurs, there is a completely new mindset, to the approach to tackle work because we are living in an era where we increasingly having to redefine what work is. And now if you take the youth, if you take the new definition of work,  look at the power of technology, I think we are seeing a real shift away from the old mindset of what it was all about and the youth of Africa has the potential to do it, they have all the capacity, all the necessary talent so I keep saying and I would say it again the future of Africa is in the minds, not in the mines, not in the mines.

RiA (Q6): Ok, that’s great. Very last question for you. Obviously, you are coming from Mauritius which is a stellar nation for Africa, not many people know that. Mauritius has been doing very well for many years so it is a financial hub, do you see Mauritius becoming a scientific hub as well in the future?

H.E AGF (A6): Hmm you know it is interesting you should ask this question of financial hub but Mauritius when we started, we started from a very low base, an agricultural base where the per capita income in 1970s was USD 200, not we are over 10,000. How did it happen, has there been a Mauritius miracle? No. There has not been a Mauritius miracle, there has been a strategic sound decisions that have been taken and amongst these sound decisions there has been a will to provide social security net, to provide free education, to provide free healthcare, there are very very important indicators to put onboard. Now these have insured that the country has emerged as you have said as a financial hub because in terms of the geographical position we were there but there is nothing preventing any African country from doing the same thing, there is also nothing preventing any African country from also becoming a science hub because we have everything going for us. We have the resources, the minerals, the space and one area which I think we need to look into very seriously especially with the vantage point of agriculture, agriculture women feed Africa, agriculture is a one trillion US dollars company business, by 2030 these are the figures coming from the African Development Bank and how do we actually leverage all these technologies to make agriculture work for the continent because we still have to feed the continent? This is where we can embrace the feminine, as well as the masculine talent to make it happen.

RiA: Professor Ameenah Gurib-Fakim, it was a pleasure for me today to talk to you on behalf of Renewables in Africa, and I’m sure all our audience and listeners will also be happy to hear that.

H.E AGF: Thank you so much

Listen to the interview HERE 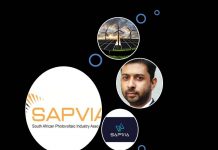 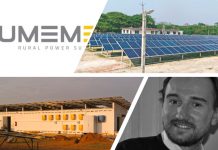 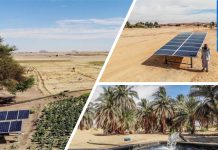 How “Going Solar” Boosted Farm Productivity by 50% in Sudan?

Tony Tiyou - 28 November, 2019
2
If you're looking for a highly skilled woman in the renewables, Olsasimbo Sojinrin is one of them. She is a recognised TEDx...

Tony Tiyou - 17 July, 2017
0
the Visionary Lawyer who believed in Renewables in Africa *Azul fellam my dear RiA-der!! We are jumping right into the holiday season and I guess soe of you...

Tony Tiyou - 24 June, 2019
0
In this Interview, RiA has been talking to Mr. Samaila Zubairu, CEO of Africa Finance Corporation