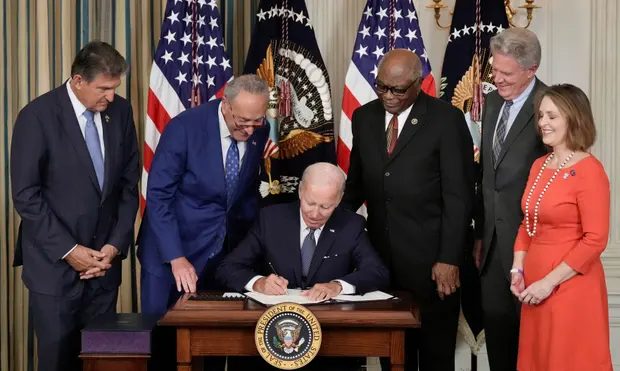 Just like in project management, coming up with the plan or good ideas might be a walk in the park. What really counts is the execution part. Legislation plays a vital role also in fostering energy transition but what we are keen to see is the enforcement of these laws. This article encompasses:

On the 16th of August 2022, the president of the United States, Joe Biden signed into law the Inflation Reduction Act now termed IRA. The act was aimed at reducing inflation and boost the promotion of clean energy in order to aid fight climate change. In the clean energy industry, this has since been regarded as a major legislation which is also injecting $369 billion into the renewable energy sector.

This was never an easy task.  The bill was first an amendment of the proposed bill President Biden sought to push into law immediately after being elected as it was part of his manifesto. The initial bill did not make it to law after Sen. Joe Machin and Sen. Mike Lee put a fierce opposition denouncing the bill at first. After serious negotiations and amendments, the bill was later proposed back into the senate by Sen. Joe Machin. After thorough deliberations and vote casting, there was clearly a tie which was broken by the head of the Senate who happens to double as the United States Vice President. This has since been the most aggressive action taken by the United States on confronting the climate crisis and strengthening their energy security position.

The elephant in the room is what’s in it for you as an individual? Why should you be concerned and why is it important for you to understand this act? It is first crucial to understand that not every part to of this bill is about renewable energy or climate change otherwise it would not be living up to its name, “Inflation Reduction Act.” The bill also covers Tax and United States Health Care but for the purpose of remaining in context, we will just demystify that which relates to the renewable energy sector. A key component of the IRA is the extension of the tax credit of up to 30% relief on commercial and residential solar for instance which runs for the next decade and on-going projects. This is a huge boost to the sector I the United States given the previous challenges and restrictions from the previous administration on the importation of components from overseas such as China, the Covid pandemic and the geopolitical issue in Ukraine together with a mix of inflation.

So how does this 30% apply and what is this 30% tax credit? If you imagine a large project for instance 1 to 5 MW, the project developer is entitled to the first 6% tax credit, in addition, due to labour and wages paid to employees working on the project, the tax credit is potentially moved up to 30%.  Making things even better for American citizens is that if you procure the components manufactured from the United States, you are entitled to up to 10% tax credit. This is clearly a great way to boost the local market for renewable energy components since in most cases, locally manufactured components are clearly more expensive compared to those sourced overseas.

How does it affect you?

Why should you be concerned about the bill yet you are not a United States resident? Its simple. Firstly, the bill is aimed to reduce Greenhouse Gas Emissions by 40% compared to the 2005 levels in the United States keeping in mind that the United States which is the largest economy is the second largest emitter of CO2 which accounts for 13% of global emissions. So clearly, the IRA legislation does impact the global picture. The aspect of longevity of the commitment is now not in question since the Act is now a law and not an executive order which would probably be stripped down when another president came into power.

This is clearly what investors needed. The legislation clearly sent a signal. The sector needs large projects that are medium to long term in the sector. The legislation has created an environment for such projects to thrive together with new technologies such as energy storage, green hydrogen and carbon capture. After the new technologies materialise, they often spread around the world. Everybody will surely benefit from this especially partners of the United States in the free trade agreement such as Kenya. Since the bill was passed, the investments into the sector have tripled and the measures that the European Union are taking is creating momentum.

The momentum created here needs to spread globally so that many more countries follow suite and enact important climate laws with applicable and enforcement mechanisms to deliberately cut down on carbon emissions significantly. What is clear here is that governments have largely significant roles to play in the green campaign. It is governments that give signals through its actions to the markets, investors and the society as a whole on key industries.

Tony Tiyou is the Founder and CEO of Renewables in Africa. The Co-Author, Brian Kolek is an Economist and Data Analyst. 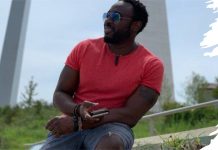 Can Africa Green Bonds be the future of funding? Climate Bonds...

Tony Tiyou - 7 August, 2019 0
The Bond Market and especially the African Green Bond Market is a topic that is attracting a lot attention and also lots of questions. We’ve talked...

Brian Kolek - 23 October, 2020 0
Quick Summary From the early stages of your organization, Point Nine, a listed investor is ready to walk with you especially for potentially scalable businesses....