“New” is not the word to describe solar technology. Its narrative goes as far as the 7th Century. Buckle up because it’s going to be a winding, illuminating journey just like Darwinism. Man begun this journey by focusing the sun’s radiation using mirrors to light fire. For example, in the 3rd Century, the Romans used glass to light torches for religious purposes. Today, we have multiple solar powered equipment such as TV’s, lamps, computers, mobile phones, buildings, houses, vehicles etc. Even small devices today are fitted with solar panels.

From the classical language owned by the Indo-European languages in Italy-Rome, the word “Solar” originates form the word “sōlāris” from “sōl” meaning “sun” while its counterpart “panel” emanated from “Pannus” meaning a piece of cloth. This piece is mostly rectangular in shape.

The Solar Power dream began its journey from a simple observation by  Alexandre-Edmond Becquerel (1839). He observed that other materials when exposed to light had the ability to create electrical charge. This discovery was “the wheel” for further technological advancements in renewable energy industry. To cut the long story short,  Charles Fritts (1881) actualized the dream by creating the first solar panel that was for commercial use.

However, this breakthrough in renewable energy was not without challenges. One of the major problems was their lack of efficiencies. Solar cell efficiency developed with time with technological advancement. Another arguably reasonable challenge was that it is weather dependent. Although, solar energy can be harvested even on rainy days, its efficiency drops. This still circles back to efficiency problems.

It is ravishing to not that Albert Einstein, the great physicist also contributed to the solar panel development. In 1905, He published his paper on the photoelectric effect together with that of relativity which won Nobel Prices in 1921. The theories of Einstein further paved way for further technological advancements for the Solar PV.

PV technology was later born in the United States at Bell Labs. It is imperative to note that this was the first solar cell with the ability to convert adequate solar energy into power to run electrical equipment used in everyday life. The Silicon Solar cell developed was initially at 4% efficiency and later improved to 11%.

In 1958, the Vanguard I space satellite powered its radios using a small array successfully. The same year, the success of the Vanguard I motivated the launching of Explorer III, Vanguard II and Sputnik-3 fitted with PV-powered systems onboard. The silicon solar cell thereby became an acceptable energy source for powering satellites. In 1960, Hoffman Electronics achieved 14% efficient PV cells. To crown it all during the 20th Century, total worldwide installed PV capacity reached 1000 megawatts. This may sound little, but look at the year again.

The 21st century man has evolved and today, style is important. For quite some time, the appearance of solar panels was an annoying issue. Home owners wanted a product that will provide both power for their homes and offer aesthetic improvement for their property. In response to this market demand, manufacturers are investing in R&D in order meet this demand from consumers. Many homeowners thought that the frames on the solar panels made them look less attractive. Major PV manufacturers as a result acted by providing frameless modules. Some of these manufacturers include SolarWorld, Trina and Canadian Solar. This has led to further developments of the solar panel into:

Many homeowners thought that the frames on the solar panels made them look less attractive. Major PV manufacturers as a result acted by providing frameless modules. Some of these manufacturers include SolarWorld, Trina and Canadian Solar.

Glass solar panels are more durable than typical cell panel. They are more resistant to fire and less prone to erosion. This is thus a significant innovation in its own. These types pf panels are normally integrated into building windows. Watching this pace, clear solar panels maybe adopted in residentials. This tech has however so far been used in Europe for utility scale

Tesla solar tiles are another innovation in its own class. The four PV shingles are entirely unique in the sola market. Residents can enjoy solar without noticeable difference on their roofs. The Tesla event demonstrated the durability of the tiles.

Solar panels of today stand at 20% efficiency. Learning from the solar panel history, we expect more technological advancements. Twenty percent efficiencies is up by about 12% ten years ago. By 2030, it is possible to hit solar panel efficiencies of 30-40 percent. It always seems impossible until its done. It is important to note that solar aesthetics will also become better and more attractive since designs are solely guided by consumer needs and thoughts.

Brian Kolek is an economist, data analyst and an aspiring programmer with interests in the Renewable energy sector, Information Technology and Innovation. He possesses certifications for data analysis and data driven decision making from reputable organizations such as IBM and PWC. 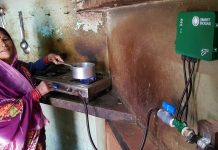 Tony Tiyou - 21 July, 2019 1
Quick Summary In this article, Rachel Sekibo, a Southampton University Student and Tony Tiyou are revisiting the concept of On-grid vs Off-grid in simple...