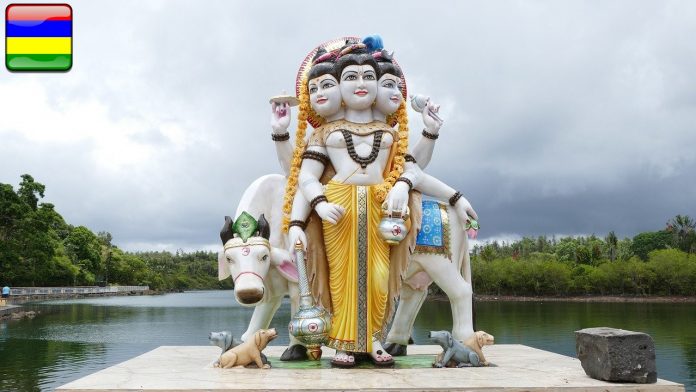 In the context of Africa, when the energy portfolio of the continent is being discussed, the surrounding island nations are not often taken into consideration. This could be for a number of reasons such as their country size and their little interaction with the mainland countries. Whatever the reason may be, there is unfortunately a lack of ‘buzz’ regarding these nations which are at the forefront of the battle against climate change.

In this article (Chapter 1) we will take a look at Mauritius Island, one of Africa’s Islands. Keep it locked as we enlighten you on the of the remaining Islands.

Mauritius island is a republic in the Indian Ocean, located approximately 2000km away from the south eastern coast of Africa. As of 2020, the population of the republic was 1,271,768 [14] and the projected 2030 population is 1,274,036. The predicted peak in the population is 1,276,639 in 2025 [15]. With a predicted population growth of 0.18% over the following decade, there may be less pressure on the island to act with urgency to diversify their energy portfolio with renewables. This does not neglect the fact that implementing more renewable technologies to have energy autonomy will be better for Mauritius in the future.

With the installed technologies, Mauritius Island was able to generate 649 GWh of renewable power in 2018. Such positives show that the nation is serious about their journey to energy autonomy and reducing their C02 emissions. This is reaffirmed by the recent legislative policies that the Mauritian government have implemented:

The 2015, Net-Metering Phase I (Small Scale Distributed Generation SSDG), was a pilot scheme that was introduced to enable 5MW of power generated by renewable technologies to be integrated into the Mauritian grid. This would be generated by new Small-Scale Distributed Generation as an effort to democratize the Mauritian national grid. It was economically viable to many with integration estimates of 2000 household customers. This integration provided incentives of there being zero cost for backup service and energy storage being enabled with installations. The pilot was set into motion from 24 August 2015 and applications closed in 2016 [17].

The 2016, Net-Metering (Medium Scale Distributed Generation MSDG), was a natural continuation of the Net-Metering Phase I pilot in the year prior. Under the Medium Scale scheme in 2016, the Central Electricity Board (CEB) of Mauritius planned to integrate a cumulative capacity of 10MW of MSDG using renewable energy generating technologies. This scheme offered medium scale power generators (prosumers) the opportunity to integrate their renewable power into the Mauritian national grid. It commenced on May 2016 and endeavored to ensure non-discriminatory selection. This was done by guaranteeing the medium-sized applicants that the constrained grid access would be shared equitably amongst the successful applicants. Applications for the scheme ended on 14 July 2017 [18].

The Mauritius Renewable Energy Agency (MARENA) was established to encourage the implementation and use of renewable energy across the nation. It set out to work closely with their regional and international peers to cultivate ideas regarding innovative green technologies. These ideas also sought out managing the integration of such technologies into the current infrastructure. The Mauritian government aspires to increase the share of renewable energy to 35% of their energy portfolio by 2025.

MARENA also endeavors to use this collaborative community to aid the government in their development of policy for the renewable energy sector [19]. The Grid Code for Medium Scale Distributed Generation (MSDG) was developed to establish the technical criteria and requirement for the integration of distributive generation plants with a generating capacity greater than 200kW but less than 2MW into the Central Electricity Board’s 22kV distribution network. This Grid Code was established to support the connection of; photovoltaic, hydroelectric, biomass, and wind generated forms of renewable energy being implemented in the distribution network [20].

The Green Energy Scheme for Cooperatives of 2017 is the latest legislative scheme that the Island of Mauritius has implemented. It was developed via a coalition between the Ministry of Business, Enterprise and Cooperatives, the Ministry of Energy and Public Utilities and the Central Electricity Board. The scheme has similarities to the aforementioned schemes that enable integration of renewables into the CEB’s grid infrastructure. However, it enables cooperative societies and federations to generate renewable energy for themselves and the grid using solar photovoltaic technology. The stipulations around the scheme and the amount of power to be integrated into the CEB’s grid are as follows:

The Mauritian government current project is to construct a solar PV plant in the Moka district of the island. This was announced in April 2020 and bidding for the project has commenced. The current capacity for the project is unknown [22].

Samuel JY Albert-Antwi is a student of Electrical and Electronic Engineering at Emperial Collage London.

Oluoch Were - 9 May, 2022 0
QUICK SUMMARY In this article, we will cover the following points:Open Energy Labs in Kigali, RwandaAchieving SDG 7 ARTICLE The 2022 SEforALL Forum is the landmark global...

BRING (BACK) POWER TO AFRICA: WHY GOING SOLAR IS YOUR BUSINESS’S...

Oluoch Were - 8 July, 2020 0
Quick Summary Who doesn't love benefits coupled with efficiency in business? Even when it is just to save an extra coin especially during this COVID-19...