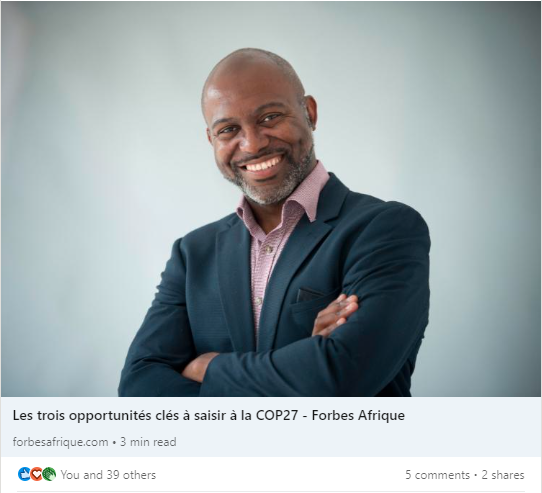 Like every November, one of the main centers of interest will be the Conference of the Parties, COP, the 27th edition of which will take place in Egypt. Africa being one of the regions most affected by climate change, several observers are wondering how it will approach this important global meeting on its soil.

While attention has often focused on the physical risks facing the continent, it is also important to remember that the current context offers tremendous opportunities that African representations would be inspired to seize.

Providing modern energy at an affordable price to the 600 million Africans who lack it, but also to companies who lose on average more than 3% of their productivity due to energy problems is one of the main development objectives. of Africa. Renewable energies can provide concrete solutions to these major challenges while creating new jobs. Indeed, studies carried out in the sector show that the expansion of large green utility plants, combined with distributed mini-grid solutions, could create nearly 190,000 direct jobs and 160,000 indirect jobs by 2030. Being in line with global concerns If it does it well, Africa should be able to obtain financial, technical and also moral support from all its partners.

With a population that could double within the next 30 years and a growing middle class, Africa will have to grow its industrial sector in order to meet local demand. Developing a low-carbon manufacturing sector would offer several benefits. First on the socio-economic level, studies by McKinsey have identified eight high-potential green manufacturing sectors, including cross-laminated timber, which could generate between $5 and $10 billion in revenue and create more than 800,000 jobs, while reducing emissions by 70 million tonnes of CO2-equivalent by 2030. Additionally, with international investors looking for sustainable projects or investing, a low-carbon manufacturing pathway could also attract capital to the continent. And finally, by choosing a low-carbon growth path now, African countries can avoid having to tackle a more costly and far more painful transition than the one currently facing the West.

The structural changes seen in the global economy as it shifts to net zero provide opportunities for African countries to leverage their rich endowment of renewable resources, natural capital and minerals to open up new export sectors. Three major opportunities can be cited, in particular green hydrogen, critical transition metals such as lithium and cobalt and carbon credits to be monetized as recommended by the Ibrahim report. In the context of hydrogen, the European Union estimates that by 2050, it will need between 65 and 70 million tonnes of green hydrogen per year to achieve its objective of climate neutrality. This represents about 25% of its total energy demand. Countries already well positioned in the sector such as Namibia, Morocco or Egypt could indeed do well by supplying part of this demand. Like every November, Africa will certainly take its place at the COP negotiating table, but this time it will have to remember that it has a lot of strings to its bow and not hesitate to assert complex its innumerable assets to obtain a satisfactory agreement for all of Africa. 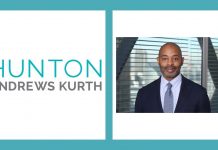 Brian Kolek - 12 March, 2021 0
QUICK SUMMARY Green Hydrogen (GH) Production and CostsWhy AfricaGH in South Africa and MoroccoProduction ChallengesVerdict ARTICLE To understand Hydrogen, we should probably go back to our high...

RiA Team - 15 August, 2019 0
After last week’s article on Green Bond and the funding gap, we want to explore Artificial Intelligence (AI)! There isn’t a day that goes...