Due to demand, over the next few weeks we are publishing articles for those interested in investing in Africa. The first of which comes from Tusekile Kibonde, Resident Underwriter of the African Trade Insurance Agency (ATI). Wallets thick? Invest in a renewables project in Africa!!

Established by African States with technical and financial support from the World Bank and more recently, the African Development Bank, the African Trade Insurance Agency (ATI) is an African multilateral financial institution. The company aims to create a business environment that is attractive for investors and companies working in Africa. To this end, ATI provides insurance products that protect companies and investors against credit and investment risks. ATI’s mandate is to help attract investments and to facilitate trade both within and outside of Africa. ATI has grown exponentially over the last ten years and it is now one of the highest rated institutions in Africa with an S&P ‘A’ rating. ATI currently operates in 14 African countries with a head office in Nairobi and local presence in Uganda, Tanzania and Zambia and with plans to expand aggressively into West Africa.

I joined ATI in August 2013 as the underwriter responsible for Tanzania. I am in charge of developing business and underwriting political and trade credit risk policies in Tanzania as well as liaising and strengthening relationship with the government. In addition, I am managing energy sector transactions in all ATI markets.   I came to ATI with 13 years of banking industry experience at the East African Development Bank (EADB) where I oversaw multi-million dollar projects in multiple sectors throughout the region. My responsibilities included extensive risk analyses, project appraisal and portfolio management while also developing new business and investment opportunities.   I am a national of Tanzania and I hold a Master of Arts Degree in Accounting & Financial Management from the University of Essex in the United Kingdom.

Africa is among the fastest growing regions in the world. The continent is endowed with substantial renewable energy resources – over 300 gigawatts of hydro power capacity, a significant amount of geothermal potential, and abundant biomass, solar and wind potential. Africa therefore needs to unlock its energy potential – both conventional and renewable. Global improvements in the renewable energy technology have brought down costs and made it easier to install renewable energy grids. The importance of renewable energy for Africa is reflected by the fact that the African Union’s Agenda 2063 has also identified renewable energy as a priority area for the first 10 years.

Africa has a growing private-sector market for renewable energy ventures. As a result, investors see considerable potential in developing technologies that can lead to clean, sustainable energy generation. The energy markets of many African countries are undergoing a structural shift towards a more integrated renewable energy economy.

Several African governments have already shown a policy commitment to renewable-energy deployment by making investment vehicles available for independent power producers (IPPs). The rapid roll-out of solar and wind energy projects in recent years in some African countries suggests that renewables have an increasing role to play in Africa’s overall energy mix.

For example, one of the main advantages of solar is its ability to provide modular solutions in Africa’s more remote areas. It’s a more feasible option than extending expensive power lines to small, far-flung communities. South Africa is currently leading the continent’s drive towards greater use of solar energy.

Wind is another renewable-energy source that has enjoyed rapid development in recent years. This has stimulated interest from the private sector, with technological improvements driving down the cost of wind energy, enabling wind projects to feed power into the grid at a competitive price.  Meanwhile, large-scale hydro development is attractive, as it lowers the average cost of electricity more cost-effectively than other technologies, while also providing base load power to the region.  If the Democratic Republic of Congo’s Grand Inga hydroelectric project comes to fruition, it will help meet sub-Saharan Africa’s electricity demand.

Renewable energy is clearly changing the way state power utilities in Africa operate, particularly when it comes to encouraging greater involvement by the IPPs. In many ways, the private sector is now becoming indispensable to African energy production. There is real appetite for FDI in renewable energy. Energy authorities of several African countries are adopting an open energy market model, paving the way for companies to invest in power generation.

Since ATI’s inception, the institution has supported more than US$ 800 million worth of investments in the energy sector and a large portion of that is for renewables. We cannot disclose all the projects in which we are involved, but for example we are at risk in the Lake Turkana Wind project through 3 different transactions, in total for more than $ 75M .  All lines of business together ATI has a total exposure of US$ 2.2 billion.  Due to this increasing demand, ATI entered into a partnership with Multilaterals and Export Credit Agencies to enhance its capacity in this sector.  Accordingly, the European Investment Bank (EIB) extended a grant of Euro 2 million as technical assistance to ATI with the objective of building the Agency’s capacity to underwrite medium to long-term transactions in sustainable energy (SE4All). This partnership has also resulted in the creation of the Africa Energy Guarantee Fund (AEGF) and provided $ 1 billion of capacity for renewable energy guarantees. This will enable ATI to insure larger deals and to solve the financial constraints in the African sustainable energy space. 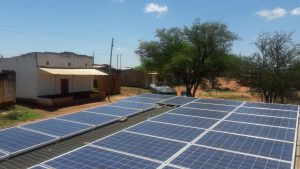 In addition, through the help of the German Development Bank  KFW and Frankfurt School, ATI developed a regional liquidity support facility (RLSF) for renewable energy independent power producers (RE IPPs). The facility which has been funded by the Government of Germany will guarantee IPPs that they will be able to operate and pay their loans for 6 months at least even if the offtaker does not pay. This type of guarantee is a condition set by most lenders. In the past the offtakers (utilities) were supposed to find a solution and couldn’t propose one, and many projects failed to reach financial close as a consequence. RLSF is a unique product and we are currently rolling it out in a number of ATIs member countries.

Results will be shared with all the  participants. 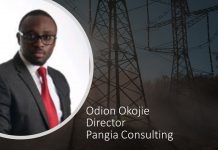 Brian Kolek - 7 July, 2022 0
Over the last few weeks, we had mouth watering conversations with several guests whom we can't wait to reveal to you. Today, we are...

Guest Author - 4 May, 2021 0
Quick summary What is the PAYGO debt trap? Here are the main takeaways: Off-grid solar PAYGO companies use debt to fund their growth strategy with their...

Guest Author - 22 July, 2018 0
RiA'ders, This is Part Two of our interview (click here for Part One) with Tusekile Kibonde, Resident Underwriter of the (ATI)! In this article Tuse explains more...