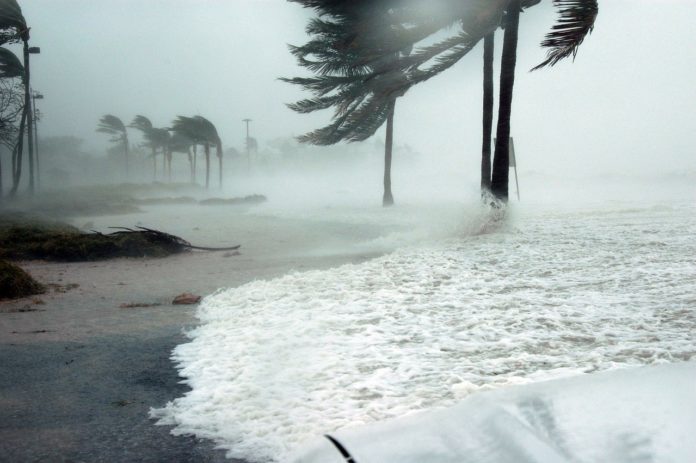 How Climate Change effects Hurricanes? There 3 key takeaways that are developed in this post:

“How long is it going to take me to go back into my house?”

“Will the international community care about me, my family and my community?”

Here are a sample of questions you will hear not from me, I am fortunate to still have a house but from every single person in Barbuda, this beautiful Caribbean island that has been ravaged by Hurricane Irma. You will have heard in the news; the ferocious storm has hit the Island as a category 5 Hurricane (The highest level) and has destroyed about 95% of the buildings according to the Prime Minister of Antigua and Barbuda. Let me make clear here RiA-ders, I do not want us to read these facts as simple information, but rather to fully understand the humanitarian disaster that the 1800 people living in this country are facing.  Climate change is a global phenomenon we are all responsible of and we all need to show solidarity with our fellow brothers and sisters from Barbuda.  We can make a difference for them and support the Rebuild Barbuda Appeal Fund. More of this later in the article.

Caribbean nations and North America have been hardly hit by this hurricane season. If we could certainly deplore the far too many damages and human casualties that have been caused, the only “positive” that we could see here is that it has brought more attention on the issue of Climate change. Especially debating on the question of whether climate change effects hurricanes? To respond to that, lets us have a look at how hurricanes are formed? How climate change could impact them and what are the consequences?

How Hurricanes are formed?

Hurricanes will start to form in tropical regions. Fact not always known, a number of tropical storms, like Irma, are formed off Africa, precisely due to the influence of the Sahara Desert. While crossing the warmer Atlantic Ocean, some storms will become hurricanes.

The creation of thunderstorms

In these tropical regions, warm air above the surface of the ocean is condensing and expanding (less dense), forming clouds and releasing heat.  This heat will decrease the atmosphere pressure and cause the air to rise, immediately replaced by cooler air. With warmer air carrying more water-vapor, clouds formed would be filled up with moisture and the continuous process would provoke rainfalls. We have a thunderstorm.

The evolution to tropical depression

Due to the Coriolis effect, the phenomenon that explains that a free moving object will be deflected to the right in the Northern Hemisphere and to the left in the Southern hemisphere as a result of the Earth’s rotation, thunderstorms will move with mild western winds. More air will rise at higher altitudes and decrease pressure. The momentum builds up and the entire system will now circulate around a central point. We have a tropical depression.

After a few days, the system continues its journey to warmer waters and gains forces. Clouds are bigger, wind are faster and rainfalls are heavier.  We have a tropical storm also famously called Hurricanes. When the system reaches this stage, the wind speed will usually be above 74 mph (Miles per hour). Five categories are distinguished based on the wind speed. The highest in the scale is Category 5, with winds exceeding 150 mph. Well, Hurricane Irma has reached 185 mph. Should we continue on this non-glorious path, we might soon have to define a Category 6!

Find below an excellent video form eMeteorology, explaining the formation of Hurricane.

How could Climate Change impact Hurricanes?

I would agree with Climate change denialists (they are very quiet at the moment, right? I bet they are looking at how to spin the facts as fast at Irma or Harvey?), climate change didn’t create cyclones, better it is appearing to be changing the game! Again, we could articulate our position around 3 points:

Almost all of us, certainly you RiA-ders, are accepting that global temperature has been constantly rising since the industrial revolution. A number of studies, among which that of Kerry Emanuel from MIT, have demonstrated that hurricane intensity would tend to depend on the sea surface temperature and the air temperature up to around, 8.8 miles above the sea.  If you have been understood the description above how hurricane are form, you would know that with rising air temperature, we are clearly in a favourable territory. We are not talking about the frequency here, rather the strength!

A direct consequence of high global warming is undoubtedly rising sea level, coming from melting ice at the poles. As oceans have warmed over the past century, sea levels have risen about 180 mm during that time.  It might not seem a lot but on a global level it is enough to disturb the system. Certainly sufficient to throw in compound flooding storm surge and extreme rainfalls, resulting in record flooding as experienced by Caribbean countries like Barbuda, Cuba or St Martin. Needless to remind us that Islands nations are much more vulnerable to this risk.

Science is telling us that warmer air carries more water vapor, hence more moisture and wind speeds are faster due to less density, less obstacle in their trajectory. Rainfalls and winds will then tend to be stronger and prolonged over land in the present-day climate compared to previously, with the trend continuing that path for the future. Well this is certainly what we have observed so far.

From the climatological perspective, the extreme intensity of recent Hurricanes is of the utmost interest to researchers. This is because these extremes are signals of climate changes that can be distinguished from day-to-day variations. At this day and age where scientists, now qualified as “leftists”, are sometimes lambasted by certain politicians as opposed to be celebrated, it helps to remember that damages from Harvey and Irma would have been far greater if it wasn’t for the Science which has enabled us to develop effective disaster mitigation methods and techniques. Whether of or not a country decides to pull out of Paris Agreement for political reasons, we should all remember that Climate change doesn’t care about Politics.

As we now have established the connection between climate change and hurricanes, let us refocus our attention to the severely affected Caribbean islands. Leaders of the Caribbean Community (CARICOM) have started to focus on the short and long-term issues arising from Hurricane Irma, including Climate change, debt structure and entire economy to rebuild (speculative sources are talking about a cost around USD 10bn in the whole Caribbean). As they are doing so, I have faith they will find strength in their well-known resilience.

I will argue though, that we, as part of the international community, we could individually and collectively contribute to this mammoth effort.

How can you help?

The government of Antigua and Barbuda has declared a state of emergency and requested emergency relief for Barbuda. If you reside in the UK, the High Commission has appointed Ascension Trust, led by Reverend Les Isaac to lead the effort. I will strongly appeal every RiA-der and RiA friend to join us in supporting this action. Here are the details:

PS: If you are not in UK, we will gently suggest you could still contact Ascension Trust or please do get in touch with the closest Antigua & Barbuda Representation.

The full fund will go towards those affected and to quote Reverend Les Isaac, “Not a single penny will be taken for admin fees”.

Surely the conversation on Climate Change, hurricanes and vulnerability of island nations will be high on the agenda in November at the next COP 23 in Bonn, coincidentally presided by an island nation, Fidji. For the time being, let’s do the right thing, join RiA and others to help Rebuild beautiful Barbuda, help save the planet!

Leeward Caribbean Creole English is an English-based creole language spoken in the Leeward Islands of the Caribbean, namely the countries of Antigua and Barbuda, Montserrat, Saint Kitts, and Nevis. There are some differences in the language across the various locations and each island will tend to call according to their name, e.g. Antiguan creole, Montserrat creole, Nevis creole, etc.

Many Creole words find their origins from English or African languages. The creole was initiated during slavery, when slaves, coming from different walks of life, had to develop a new language to be able to communicate and organise. Another demonstration of their bravery and resilience.

Guest Author - 17 April, 2018 0
RiA-ders! Jackie is a shining example in the Off-Grid solar industry's talents. Her first article was so popular that she has been invited back to... 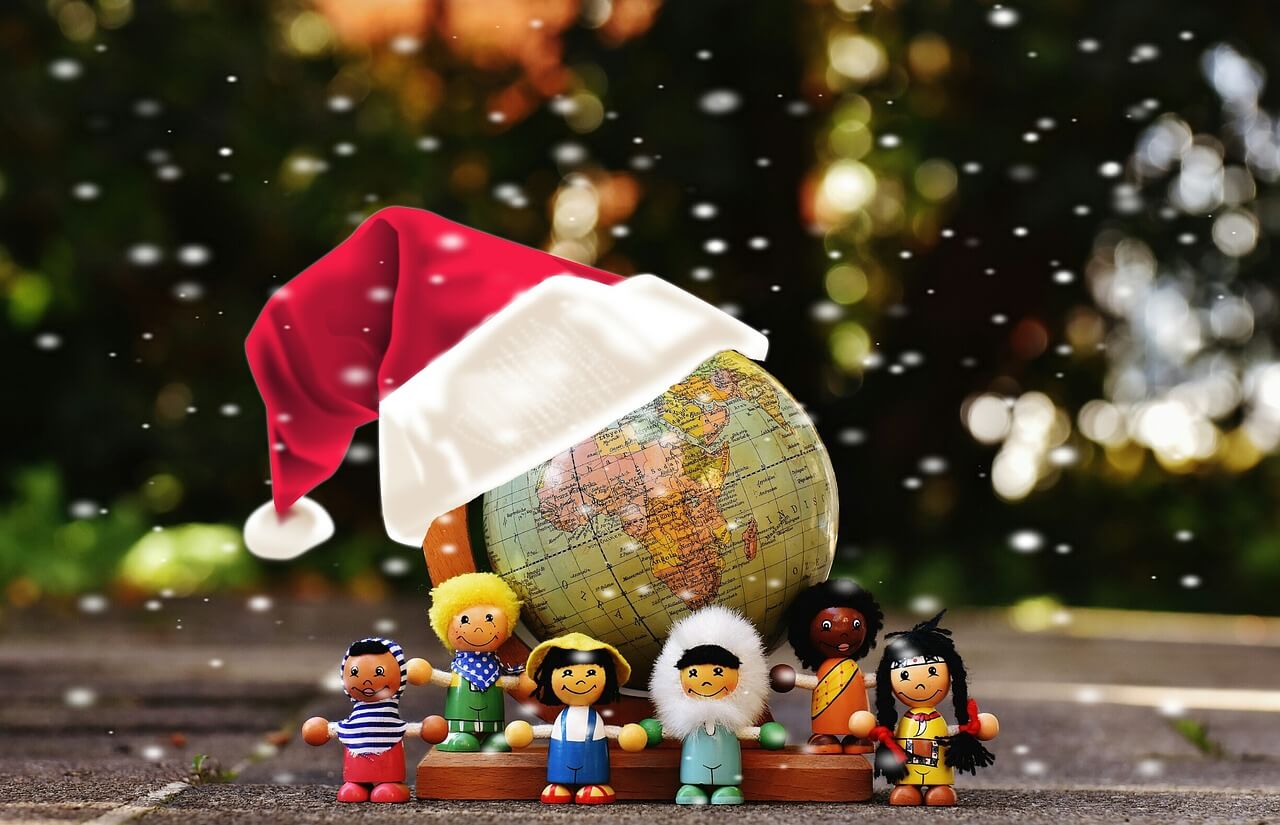