The vice-President of Ghana Dr. Mahamudu Bawumia and Mr. Ian Walker, the British High Commissioner in Accra, witnessed the signing for their respective countries. Before the ceremony, Mr. Hunt and Dr. Bawumia had met and held bilateral talks at the Jubilee House. Mr. Hunt was in Accra, Ghana for official state assignments.

After the ceremony, Ms. Botchway briefed the media by stating that the investments in trade the UK had in Ghana had reached approximately £ 3.4 billion, and she expressed hope that the new agreement would help increase the investment and assist Ghana in achieving industrialisation objectives.

The Minister for Foreign Affairs added that Ghana could be used as the launching pad for the upcoming African Continent Free Trade Area. The African market currently has over 1.3 billion people.

In the new strategic development plan, both Ghana and the UK agreed to collaborate in economic development and mutual prosperity, whereby the two countries will deepen their mutual co-operation. The two countries agreed to deepen their economic ties through prioritisation efforts meant to promote sustainable industrialisation, economic diversification, job creation, and enhanced investment in the trade.

Security was another area of collaboration between the two countries based on the minister’s statement because of the security threats Ghana was facing from other parts of the country. She added that the UK would improve Ghana’s capacity to address border security issues, violent crimes, and cybersecurity threats.

However, the official signing the agreement failed to note that fighting cybercrime in Ghana requires electricity and a significant percentage of citizens still live in rural areas without power lines. The strategic partnership agreement failed to touch on infrastructure and renewable energy, despite being the perfect time to invest.

In the aforementioned deal, Seth Mahu, the Deputy Director of Renewable Electricity at the Ministry of Energy stated that $230 million had been set aside to promote the adoption of renewable energies, especially in communities that were not connected to the grid across the country. The money will be spent on deploying more than 35,000 solar energy systems in off-grid communities.

The Ghana-UK partnership ignored renewable energies despite its role in ensuring sustainable economic development and cybersecurity. Nonetheless, Mr. Hunt, the UK Foreign Secretary noted that Brexit would make the UK look at Africa differently and “properly engage in a way we have not done previously, with the incredible business opportunities in Africa. 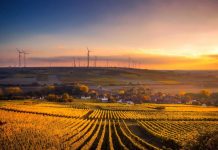 Guest Author - 22 July, 2018 0
RiA'ders, This is Part Two of our interview (click here for Part One) with Tusekile Kibonde, Resident Underwriter of the (ATI)! In this article Tuse explains more...