Yes, i keep saying this but Africa is full of talents and here we go again with a very pleasant surprise from one of her sons from the Diaspora. Would you believe me if i tell you the worthy successor of IBM and Apple has already arrived. All due respect to Mr Bill Gates and Mr Steve Jobs but once you’ve read the interview, you will in no doubt unedrstand why I am believing that our interviewee is another “one of a kind”! Mr Chib Nwokonkor, CEO of Zanshuri. The computer Green revolution is here!

I am so excited to be talking to you today. To be brutally honest, it is not everyday we come across an inventor like you. The little (or Big) engineer in me is all excited to find out more about your inspiring story and amazing business. I am sure our RiA-ders will also enjoy discovering more about  you and your company in the next 11 questions.

1- Could you please introduce yourself to our readers?

My name is Chib Nwokonkor. I am the founder and CEO of Zanshuri IP Holdings Ltd and Zanshuri Ltd, the parent company.

2- What is Zanshuri and why did you decide to set-up this company? (Please include the meaning of Zanshuri)

Zanshuri is a British design and manufacturing business specialising in high performance, yet low energy computer systems, including laptop, desktop and server systems. The name came to me fairly early in life and my mother encouraged me to do something with it. So I did. I built a business. Zanshuri is literally a made up word, so I decided to give it a meaning, which is “Always Better”. This is a reflection of my core belief, that one must constantly seek opportunities to improve, to learn and to grow. To ensure that each and every day, we continue to be, always better than we were. So there it is.

I have a background in Computer Science and have worked for various blue chip organisations in technical and managerial roles. Over the years I have been fortunate to have lived and worked all over the world, including Africa, Asia and North America, as well as Europe. I found that there was a growing concern around energy, its provision, availability and use. In some of the developing countries, there appeared to be inadequate grid electricity capability and I saw this as one of the problems which if resolved, would allow those countries to flourish on the global commercial stage. So that is our purpose, to develop systems which marry high-performance with frugal energy consumption and adaptability.

Watch below a presentation of Zanshuri Computers.

3- How would you position yourself in the market? (Please include a brief overview of the market)

We are currently a small player in the market, but alongside the continuing massive growth in data, there is a need to provide computational capability to meet the needs of an increasingly digital audience. It is quite clear that data is integral to almost everything we do today, but there is not enough awareness around the fact that many of the solutions in data-centers are very inefficient and require a lot of energy at huge cost to be expended on environmental management (cooling), mechanical maintenance and direct processing capability. Zanshuri offers solutions which use much less energy to complete a given task, with no degradation in performance or quality. In actual fact, the reduced energy use per Zanshuri system gives rise to the opportunity for entities which require massive computational capability to meet or exceed those needs in a high-density solution whilst using the same amount of energy or less.

4- A key selling point at Zanshuri is an emphasis on energy efficiency and low power consumption, could you explain why? (in your answer please include the reason you decided to fight that battle and how is it working out so far).

Although there is now a dawning awareness of the need to address issues of sustainability, there are very few businesses in hardware technology which invest such a significant fraction of their earnings into R&D to ensure that they continue to develop solutions which are so heavily focussed on delivering efficiency, as opposed to simply paying lip service to the term. Computers are everywhere, in all walks of life. Every business, small to large, depends on computers in some way. The amount of energy which is used by computers is heavily underestimated. By being the first company in the world which delivers products which address the issue today, has allowed us to become market leaders in an increasingly competitive field.

5- You claim with pride that your computers use less electricity than a light bulb which is amazing, but if you can achieve it why is it not common across the industry with so many big players around you?

The type of engineering which goes into creating systems which are both efficient and powerful is not-common. Our industry seems to be fixated mainly on two things; performance and aesthetics. And there is nothing wrong with this. Yet in a world where electric cars are slowly moving from being the exception to becoming the rule, we feel the same will be true about energy-efficient computing. There is a cost to this, as there is with electric-cars. And though governments the world over are happily subsidising the purchase of electric vehicles, we have yet to see the same thing happen in other industries. It will happen though. Along with the shift to renewable energy and associated technologies, an awareness of the environmental and financial benefits of reduced energy consumption is starting to have an effect. Sustainability is now at the heart of doing good business, and being seen to do what is good. We are a big part of that.

6- In which other way(s) do you differentiate yourself from the competition?

We are a small British company. I made the conscious decision to start Zanshuri here as I spent much of my early years reading about wonderful British scientists such as Babbage, Lovelace, Turing and Tim Berners-Lee, who made a difference to the world with their determination and ingenious nature. If I can achieve something which benefits the world even in some small way, my vision to start at the heart of computational and mathematical innovation will have been realised.

7- What is the vision you have for Zanshuri in the coming years and what impact would it have on Africa?

My vision is to provide solutions which enable change. There has been a lot of discussion about how to make things better for Africa, how to direct resources fairly and raise standards, as individuals and of course, as a group of positively functioning nations. It is important that these changes are effected now. There is nothing wrong with talking, but it must be accompanied by action. And through the action of developing technologies which facilitate trade, healthcare and education without depending on fossil fuels exclusively, Africa will become as great as it was before. At Zanshuri, we are providing the tools to make that difference right now.

8- What are your main challenges and how are you tackling them?

As with any SME, finance is a concern. Marketing is also something we are trying to address. My background is heavily focused on engineering, so I am building a team to engage effectively with all new opportunities which arise.

9- What are your thoughts on renewable energy and how do you think it might apply to you and your industry?

We are very excited about the increasing growth and awareness of renewable energy. It would be short-sighted to introduce a dependence on renewable energy without an understanding of the benefit of appliances which use that energy efficiently. As Zanshuri computers systems use so little energy when compared to other options in the desktop, laptop and server space, we are able to offer an option which is immediately compatible with the shift towards renewable systems. The first product we brought to market was a 12-volt DC desktop computer which was able to run on AC supplies as a secondary option. DC is a much more efficient use of renewable energy systems such as solar panels, so gives organisations the opportunity to use a wider range of appliances per panel, as opposed to having to address the cost and space issues of implementing multiple large solar arrays with the inevitable sub-optimal transformers in place to make that energy compatible with products which are designed to operate on AC as a primary source. We are doing today, what the rest of the industry will be doing years from now.

10- According to you, what is the best way to raise Awareness about Clean and efficient Energy management in Africa?

The work being done by Renewables in Africa is absolutely essential. The conversation is necessary and you provide a platform for it to take place. You raise awareness about technologies such as ours, which can make a real difference. That is of enormous value and I am so pleased that we can be involved in this process. I am constantly on social media, reading, watching and learning from my peers, young and not-so-young. I think there is a zeal for work in Africa and we are blessed with optimistic people who are willing to apply themselves to a given task. This is a great time to be in business and I feel we are still at the early stages of the inevitable digital and intellectual revolution.

11- What advice would you give to young Africans who might be tempted by entrepreneurship especially in the field of energy management?

Three words; “Go for it!” If you have an idea or you find an opportunity which you feel you can address, then do it. The biggest obstacle in our ability to achieve great things is very often ourselves. We must encourage the next generation to make their dreams real. And part of that is the act of setting an example and giving help. I have been mentoring young people since I finished high school and for much of my working life.

Chib Nwokonkor: “My advice for young Africans tempted by Entrepreneurship: GO FOR IT”

It is absolutely essential that we continue to engage young minds in order to ensure that innovation does not falter. There is so much more to be revealed to the world and the people who will bring the future innovations to light are all around us. We should support our peers and provide guidance where it is needed in the knowledge that it is always going to be a good thing. After all, we all breathe the same air.

Hausa  is the Chadic language (a branch of the Afroasiatic language family) with the largest number of speakers, spoken as a first language by some 27 million people, and as a second language by another 20 million. The ancestral language of the Hausa people, one of the largest ethnic groups in Central Africa, Hausa is commonly spoken throughout southern Niger and northern Nigeria. There are also significant numbers also living in parts of Cameroon, Côte d’Ivoire, Chad, Togo, Ghana, Sudan, Gabon and Senegal.

It has developed into a lingua franca across much of Western Africa for purposes of trade.

Important fact: Amina of Zaria (1533-1610), commonly known as the warrior queen, expanded the territory of the Hausa people of north Africa to the largest borders in history. More than 400 years later, the legend of her persona became the model for a television series about a fictional warrior princess, called Xena. 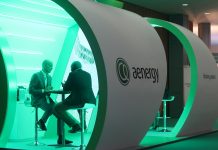 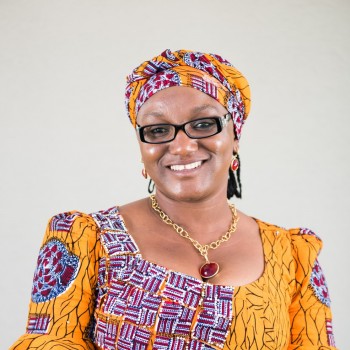 Tony Tiyou - 6 November, 2017
0
*Molo my dear RiA-der! Unjani? Africa is full of talents from all type and being in a young industry (yes, no matter what you think...