What are the odds of you driving an Electric vehicle (EV) by 2030 or ten years later? Do not worry because the odds are getting better for you every year. BloombergNEF (BNEF) estimates that in 2025,2030 and 2040, electric vehicles (EV’s) will hit 10%, 28% and 58% of worldwide passenger vehicle sales respectively. The BMEF report currently puts electric vehicles global sales at 3%.

Do you know what Kodak, Xerox or Blockbuster have in common? Innovation absence. The incumbent organization must always invest in innovation in order to maintain being at the top. Otherwise, they will tend to fall. This is what is currently happening in the automotive industry.

After companies like Tesla made electric vehicles a common feature on the roads of developed countries, other manufacturers have joined the race. Currently, the Tesla Model 3 heads the pack at top position with over 365,000 units sold in 2020 yet was first launched in July 2017.

Currently there are over 500 electric vehicles model globally. As battery prices fall with an increase in energy density improvement coupled with mushrooming of more charging stations, sales will continue to rise for electric vehicles. In India, Electric vehicle sales are up 20% with listed electric vehicle companies like TATA, Ashok Leyland, Ather Energy and Mahindra focusing on production. Over the years, India has been a strategic market for most manufactures not just in the automotive industry. With a population of over a billion, vast markets and labor can be easily sourced.

Tesla has as a result registered a company in the country. According to India’s transport minister, Nitin Gadkari, the giant electric vehicle company will start off with sales and thereafter may seek assembly and manufacturing.

If you sat in an Advance Macroeconomics class, you probably have heard of arguments that technology is endogenous. Technological advancements occur as a result of intentional investment decisions. The top level management of institutions make these decisions with the intentions of profit maximization.

This is the case in the EV market. Batteries keep getting better every year. This is not by default but by serious labor and financial investments.  Battery average density keep on rising at 4%-5% annually while charging speeds are on the rise. For example, the Tesla supercharger 3 network can add about 75 miles of charge in just 5 minutes of charge for the Model 3.

Apart from technology, policy makers are also lobbing for significant reduction of emissions in the automotive market.  Another major concern for them are city policies, fuel economy regulations and quota systems.  Several countries have put in place mechanisms to encourage adoption of electric vehicles through policy makers. Subsidies for example have encourage purchase of battery electric vehicles.

In 2016, countries like Norway, Korea, China, United States, France, UK and Japan offered national subsidies of USD 20,000, 16,550, 10,000, 8,750, 7,100, 6,200, and 5,500 for battery electric vehicles per vehicle respectively. With this effort, about 13 countries have announced their plans to eliminate the sale of internal combustion vehicles (ICV). This has as a result lead to rising policy pressure on manufacturers. This is enough to educate manufacturers on the future of ICV’S.

What it means for oil and electricity demand

Covid- 19 safety rules hit the passenger vehicles hard and the effects passed on to oil demand. 1 million barrels of oil per day is already being replaced by EV’s around the world. What still gives hope to the overall road transport oil demand for this decade is growth in heavy commercial vehicles. We have however seen the likes of Elon Musk unveiling solutions for this such as the class 8 semi-truck. The truck will come with 300-mile or 500-mile range.

Tesla has also launched an eighteen-wheeler for cargo. Multibillion-dollar organizations such as Amazon has also opted for electric vehicles for deliveries. This clearly gives a clear picture of where things are headed. BNEF projects that by 2040, 17.6 million barrels of oil demand will be displaced by EV’s per day.

By 2040, the overall consumption of electricity by EV’s across all segments will add just 5.2% to global electricity demand. This EV’s will consume a total of 1,964TWh.

A global advantage of buying an electric vehicle is the absence of carbon emissions. They help reduce global warming in the long run and as a result an investment to our future generations. EV’s also require low maintenance compared to gasoline cars. There is no need to send your EV to the service station as often as you would an ICE.

Savings is one of the most important selling points. EV’s can be charged for significantly very low prices compared to ICE’s. Some countries also offer incentives for going green. On safety, EV’s have been deemed safer to use due to their low center of gravity making them more stable. EV’s are even less likely to burn or experience explosions given the absence of flammable fuel.

Electric vehicles are revolutionizing driving by making it easier. They come without the clutch mechanism since EV’s do not suffer from the problem of stalling. You basically operate the vehicle using acceleration pedal, the steering wheel together with the brake pedal. In ICE’s the breaking process wastes kinetic energy while in EV’s, regenerative breaking charges the battery. As much as there are some disadvantages of using electric vehicles such as the issue of recharge points, steep initial investment and driving range the advantages outweigh them. Most of the challenges are being faced out by technological advancements and time. An example is the problem of driving range.

The Kenyan government has set a goal of having 5% of all registered vehicles being EV’s by 2025. Installation of charging station in new government buildings is underway to achieve this vision. Kenya has severally experienced fuel challenges for example the increase of public transport costs by Ksh.15. This was as a result of increased fuel costs as a result of increased VAT.

Private transport companies such as Eco-rent have however invested in EV’s in the Kenya. The company launched a digital application similar to Uber called NopeaRide. The organization uses purely EV’s and has also set up charging points for their vehicles. In South Africa, out of more than ten million cars, a thousand are EV’s. Hyundai-Kona, a Nigerian assembled EV has also put Africa on the EV map.

Technology advancements are exponential and endogenous. It is on this basis that the EV markets future is promising. The overwhelming support and interests from governments and other relevant institutions have also seen EV’s market grow. Technological advancements will render the initial costs for EV’s to be cheaper and as a result more affordable.

Moreover, having Solar Power your home together with an EV is significantly economical as witnessed by a Tesla customer who installed the Solar roof and owns a Model Y. She was able to feed extra power to the grid making savings of up to $415.50 and revenues of $92.12 from selling back to grid. This therefore shows us the need to also adopt solar power for running homes from which could also power the EV’s making it even more economical. It would then be possible to make savings in this harsh covid-19 economic times 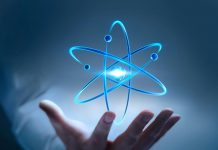 Is Energy Storage the Silver Bullet to Africa Power Challenges? –...

Designing Energy Storage Holy Grail for Africa – A conversation with...